skip to main | skip to sidebar

The teaching of the architectural humanities at manchester school of architecture is characterised by a balance of traditional and innovative teaching and assessment methods developed from the research expertise of the staff. Since 2006 the medium of film has been used to broadcast undergraduate students’ experience and interpretation of the architectural and urban environment through the use of buildings as case studies.

Following seminars on the history of recent architectural debates and their representation in different media, critical responses to architecture are developed in the time and space of a 5-minute film. These student contributions are Youtube films of buildings visited on study trips principally in major European cities. The 200 plus films so far submitted in this project are discussed at seminars within the cohort. Beyond this teaching function, though, the films continue to attract international interest so far having achieved well over a quarter of a million hits. These new methods of visualizing and presenting the connections of architecture and urbanism introduce the students to the exploratory culture of the post-graduate degree, a basis which is expanded upon in future research.

The limitations of the brevity of the film format are countered by the combination of media which can be composed in the film. Avoiding the seduction of complex editing for its own sake, combinations of film and still images, computer generated models, text, narration, the architect’s testimony or that of the end user and the careful choice of music together provide an augmented architectural experience. The opportunities presented by this mediated exploration include the foregrounding of the experience of architecture over the traditional hegemony of the scholarly text, the placing of the subject building in its context and, therefore, the overcoming of the isolation of the architectural object.

Posted by EAMONN CANNIFFE at 13:51 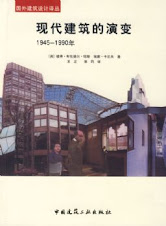 THE POLITICS OF THE PIAZZA 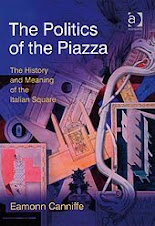